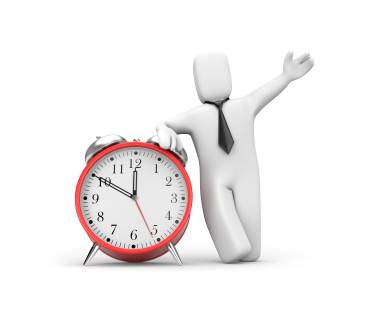 Whenever I cut my deadlines close or procrastinate on a project (I’m human too) the result is usually an overwhelming feeling of stress. I worry about whether or not I’ll finish everything in time and meet my deadlines–even the  self imposed ones.

So the old adage “Never put off for tomorrow, that which you can do today” has new meaning for me.  Sure it sounds a little preachy, but there’s value to the statement.  Many times we defer doing something for a later time and then wind up chasing our tails trying to catch up.  When it comes to procrastination, I have to agree that it’s like stealing time from yourself.

If you’re an adrenaline junkie and habitual procrastinator here are some tips that you can start putting in place to help you beat procrastination.

Be Honest about your Project Management Style

Evaluate the way you tackle projects. Need a little help? Think back to how you handled your school projects. Which one of these styles fit you?

When you got an assignment…

A)…you laid out a plan right away and thought of everything you needed to get it done. You had a schedule and stuck to it to get the work behind you early.

B)….you gave the assignment some thought, but took your time getting around to what you had to do. You finished it, but with only a day to spare.

C)…you never gave it a thought until you were hit in the face (usually by someone from Group A) saying ”hey did you start that project yet, it’s due in 2 days”. You were frantic trying to get things done and were either just under the wire, or a little bit late.

If you fall into Group A— good for you. You plan ahead and make your time work for you.

Group B, it’s great that you finished it in time, but imagine how much better it could have been if you started sooner and you stressed just a little bit less about finishing.

Okay Group C or should I say adrenaline junkie, you obviously thrive on working under the wire, but aren’t you tired of racing for every deadline?

Although you may like the rush of working under the wire, in the long run it’s holding you back.

Try to figure out why you’re always under the wire. Identify exactly what’s not working and confront the reason.

When there’s a particularly distasteful project or task that you know you’ve avoided longer than you should try to figure out why you don’t want to do it. Sometimes it’s that you simply hate the task. Other times, it’s that you don’t feel pressure to do it because it’s not due and for some things, you work better under the gun. Most times, it’s a necessary evil, something that has to be done, but not one of your favorite things.  It could simply be that other things rank higher in importance.

Whatever the reason, try to:

Get Time Back on Your Side

Timing is everything. Implementing a few tried and true time management techniques might be the key to helping you beat procrastination.

It’s great if you’re able to get work done just under the wire, but you don’t want the reputation of being a procrastinator, especially if team projects are a part of your work environment. Take a hard look at what’s holding you back and make a commitment to beating procrastination once and for all.

Stop pouring from an empty cup!

Sign up for weekly productivity tips to get you back to the top of your priority list. Ditch feeling overwhelmed & reclaim your time!

You have Successfully Subscribed!

Stop Pouring from an Empty Cup!

Sign up for weekly productivity tips to get you back to the top of your priority list. Ditch feeling overwhelmed & reclaim your time!

You have Successfully Subscribed!